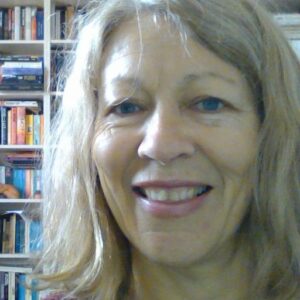 Professor Robyn Eckersley works at the University of Melbourne. She has written many of the foundational papers about the possibilities of a green/ecological state. Her new article “Greening states and societies: from transitions to great transformations” is available, open access, on the Environmental Politics website. They agreed to an interview with Environmental Politics. It has been lightly edited.

Question 1: Your latest paper “Greening states and societies: from transitions to great transformations,” is out now, based on work you did and discussions you had last year while you had the  Kerstin Hesselgren Visiting Professorship at Lund University.

Can you explain a) what the particular impetus to write it was (above and beyond the standard academic motives and compulsions!). Were there particular empirical novelties that needed explaining, or conceptual undergrowth that needed sweeping up?

b) the process of thinking, drafting, getting feedback – long or short, compared to other papers you’ve written?

The impetus for this article paper was a call for papers for the 14th Nordic Environmental Social Sciences (NESS) Conference scheduled for June 2019 at the  Lulea University of Technology, Luleå, Sweden.  One of the proposed workshops was on ‘The Great Green Transformation’ (with an obvious nod to Polanyi).  Since I was in Sweden at the time, and my task was to revisit the theory of the green state, I put in an abstract then started wrestling with how to articulate the linkages between the state, just transitions and green transformations.

The motivation behind the paper was twofold.  First, I wanted to push the critical normative theory of the green state in a more practical direction.  This theory articulated a normative vision of a green state that built upon the expanding environmental purposes and functions of the modern state.  However, it did not have anything to say about the politics of the transition process.  Nor did it offer any answers to the simple question: how do we get there?

“if one accepts a neo-Weberian functionalist understanding of the state… then the impacts of climate change will increasingly undermine the capacity of states to govern and even survive.”

The paper went through quite a few iterations – more than usual – in response to feedback from the NESS workshop participants, trusted colleagues and the review process.  It was quite ambitious (indeed, too ambitious!), and it contains a lot of big strokes.  When I was developing my thinking on critical conjunctures in 2019 I had no idea that the world would confront such a big one in 2020! I had initially focused on the 2007-2008 GFC as my illustrative case study but then switched to the COVID pandemic.

Question 2: Thirty years ago in Australia we had the “Ecologically Sustainable Development” process.  Looking at Australia now, it seems it didn’t work so well. Is there a better poster-child for the gloomy findings of “critical theories of the environmental state…  converge on the conclusion that it is functionally incapable of giving priority to ecologically sustainability”?

I could not agree more! Australia was ranked 56th out of the 61 countries assessed in the latest climate performance index.  However, I would modify your analysis and argue that it is not the state per se but rather the major political parties in Australia that are functionally incapable of giving priority to ecological sustainability, and especially climate change.  As I argue in the paper, if one accepts a neo-Weberian functionalist understanding of the state (and I am somewhat critical of functionalism) then the impacts of climate change will increasingly undermine the capacity of states to govern and even survive.  That is, if one accepts (as Weber argued) that states must look after their self-maintenance needs first and foremost (including revenue and legitimation needs), then they would have to take climate change seriously.

My account of conjunctural analysis draws inspiration from the work of the late Stuart Hall and also Bob Jessop.  A conjuncture is simply the existing configuration of particular social, ideological, political and economic forces and structures in a particular state-society complex, which is never entirely stable and typically contains cracks and contradictions of various sorts.  A critical conjuncture is a moment of crisis of a social order (rather than simply in the social order) and it holds the opportunity for transformation because it cannot be resolved by existing crisis management techniques.  I argue that the recovery response to COVID, rather than the pandemic per se, is a critical conjuncture.

Conjunctural analysis entails identifying the political opportunities (and dangers) that are presented for ecological transition in any given conjuncture, including a critical conjuncture.  Critical problem-solving is the more practical, situated task of identifying the next best ecological transition steps with the greatest transformative potential in the relevant state-society context, guided by the opportunities and dangers identified by conjunctural analysis.  I briefly illustrate this using COVID recovery phase as a case study.

Question 4: You ask “how can a theory of the green state that claims to be critical and transformative, rather than merely problem-solving, provide practical guidance to state and societal change agents in approaching the political challenges of ecological transition?” and your answer seems to be “we can take some insights from Marx, more from Weber, and try to adequately politicise the relatively apolitical socio-technical transitions field, but we’re still left with conundra.”  Am I wrong? Am I too glib?

Actually, I play neo-Marxist and neo-Weberian critical functionalist theories off against each other and reject the idea of the state having a finite set of ‘objective functions’.  Instead, I take a more historicist view of the state and underscore the point that states are ‘always in the making’.  If transformation is the goal, then we must focus on how certain state functions become socially constituted as necessities (like maintaining economic growth) and how creative political agency might produce new intersubjective meanings of what is necessary in ways that are compatible with ecological sustainability.  So we need to think about the next, best policy steps for a COVID recovery that will accelerate green transformation as well as the next, best discourses that can explain and justify why these steps are necessary and will save more lives and livelihoods than a return to business as usual.

Question 5: You mention good old Tony Gramsci, (while admirably avoiding the temptation to quote that over-used “morbid symptoms” line!) In his terminology – who is the modern prince? What constellations of actors are going to have to do this?  Obviously it will be different in different places, but “Who is going to bell the cat”?  Given that very few of the Covid recovery plans talk about bouncing forward, it seems that yet again “someday our prince… still hasn’t come…”

The last thing we need is a modern prince.  And no single mouse can bell the cat even if it wanted to – cats are big and scary from a mouse perspective!  However, a group of like-minded mice with a clever plan and a shared commitment would stand a good chance.  I make it clear in my paper that both conjunctural analysis and critical problem-solving should not be done alone.  Identifying the next best steps with the greatest transformative potential is best done by like-minded groups and organisations with a commitment to green transformation via just transition pathways.  I also explain how this approach can be distinguished from the socio-technical transitions literature, which dominates transition studies.

Question 6: You write “If developed states fail to make their economic recovery plans compatible with deep emissions cuts over the next decade, and fail in their obligation to scale up their contributions to climate finance to assist developing countries over the period 2020–2025, then the prospects of holding global heating to 1.5 degrees Celsius will vanish.” (p.14) If (or as I prefer to say ‘when’) 1.5 degrees is passed – probably quite soon –  what implications does that have? Asking you to speculate, will we see a big push for geo-engineering?  The ongoing securitisation of protest (as per Amitav Ghosh’s predictions in The Great Derangement). How will states in the process of fiscal and legitimation collapse respond?

Geoengineering is already baked into the Paris Agreement. That is, it is assumed that we cannot pursue a target of hold warming to 1.5 degrees without the rapid and large-scale deployment of ‘negative emissions technologies’ in the second half of this century.  The assumption is that this can be done with carbon dioxide withdrawal technologies such as Bio-Energy with Carbon Capture and Storage (BECCS), but this is based on unrealistic assumptions about the amount of land that will be available.

If more and more states are straining under the weight of fiscal and legitimation crises as time goes by then, yes, we can expect the temptation to consider dangerous solar radiation management technologies to grow. So this is a race against time.  My paper grapples with this challenge.  I argue that a just transition towards green transformation may be somewhat slower than what the science suggests (an immediate, rapid and ambitious contraction in emissions), but it is fairer and more likely to build the necessary political support for lasting change than declaring a state of exception, rushing through emergency measures and avoiding accountability and assistance to those who will be socially dislocated.

Question 7: What next?  What academic work do you have coming up, what puzzles matter?

I would like to work on the climate emergency movement and the different possible futures of democracy if this movement succeeds or fails.  Governments, large corporations and defence establishments are relying on modelling and scenario work like never before.  Yet there is very little modelling or future scenario work on what might happen to democracy and society under different climate futures, except in the Cli-Fi literature.  Of course, political scientists cannot predict the future.  But we can certainly imagine different possibilities, which is a necessary first step to understanding what could be otherwise, and what should be avoided or encouraged.   However, I have not yet made a serious start on this project due to heavier than usual teaching duties in the time of COVID.

2 thoughts on “Robyn Eckersley: “next, best policy steps for a COVID recovery that will accelerate green transformation.””

The academic publication process is slow... So although I have left academia a few months ago, the following publication on #NaturalGas risks in @NatureEnergyJnl with @CKemfert & @braunger_i just came out: https://www.nature.com/articles/s41560-022-01060-3 [1/5]

Article of interest - "Life in the hole: practices and emotions in the cultural political economy of mitigation deterrence"
https://eujournalfuturesresearch.springeropen.com/track/pdf/10.1186/s40309-021-00186-z.pdf

Thank you for subscribing.

we respect your privacy and take protecting it seriously